About the Museum History History of the collection

History of the collection

The core of the Khanenko Museum's collection became the private collection of arts and antiquities made up by Bohdan and Varvara Khanenko, prominent Ukrainian collectors and philanthropists. Over 40 years of life the Khanenkos devoted to creating their encyclopaedic collection. Vienna, Berlin, Paris, Madrid, Saint-Petersburg, Warsaw, Rome, Florence, Harbin and Cairo, are by no means complete geographies of exploratory travels of the Khanenkos and their  correspondence with the world's leading auction houses and art connoisseurs. In the early 20th century, the Khanenkos’ private art collection was considered one of the best among the like on the territory of the former Russian Empire.

The breadth of the Khanenkos’ collecting interests is impressive. European painting, sculpture and applied arts of the epochs of the highest prosperity of national schools, rare pieces of fine arts and traditional crafts of Western, Southern and Eastern Asia, art of the Ancient World: Egypt, Greece and Rome, Russian and Ukrainian icons, Ukrainian folk arts, archeological objects, and etc.

During the early 1900s, several thousand items were donated by Bohdan and Varvara Khanenkos to the holdings of the first public museum in Kyiv. Today, these works are permanently displayed in four national art and history museums of Ukraine.

Some parts of the Khanekos’ collection were published in the their catalogs of 1899–1907: “B.I Khanenko and V.N. Khanenko. Collection of paintings by Italian, Spanish, Flemish and other schools "," Russian Antiquities. Crosses and Small Icons ", "Antiquites of the Dnieper Region, Issues 1-6”. Invaluable testimonies to the history of the European painting collection are given by Bohdan Khanenko's memoirs, published for the first time by the Khanenko Museum in 2008.

Bohdan Khanenko passed away in May 1917. At end of that year, Varvara Khanenko transported to Kyiv from their Petrograd apartment several dozen most valuable European and Asian artworks. The record of the collection in spring of 1919 gives the following data: 1259 items. However, this is not the final scope of the Khanenkos’ collection. In 1921, the director of the museum, Mykola Makarenko, returned from Russia to Kyiv more than a hundred works transferred by the Khanenkos to storage to the Historical Museum in Moscow in 1915.

Meanwhile, in the early 1920s, works of art from other nationalized collections of Ukrainian nobility became parts of the holdings of a newly established museum. Among them the collections of the Repnin princes, the Branitskys, the Gudym-Levkovychs and the Sakhnovskys were acquired. In 1921, the museum’s Asian holdings were supplemented by a large collection of archaeological pottery of Samanid and Qarakhanid Central Asia from 9 to 12 centuries (the collection of Mikhail Stolyarov and others). In 1925, at the behest of the St. Petersburg collector Vasyli Shchavinsky, the Museum received a unique collection of works by old  masters of Northern European schools.

In her “Deed of Gift” of 1918 Varvara Khanenko passed a priceless collection to the All-Ukrainian Academy of Sciences. One of the condition of the gift was the "indivisibility" of the collection. However, the story was different. The Ukrainian Soviet cultural elite of the 1920s put forward the idea of ​​a single museum fund and a redistribution of museum collections "by profile." In the course of the implementation of this idea during the 1920s-1930s, a large part of the Khanenkos' collection was transferred to the collections of other Kyiv museums. The Khanenkos’ family portraits, Ukrainian and Russian art: icons, painting, graphics, sculpture, furniture, decorative and folk art, groups of various archeological objects, a large collection of European and Asian arms and armour. The former "encyclopaedic" collection of the Khanenkos’ has acquired a much narrower profile: the museum of "Western and Oriental art".

In 1929-1930, during the Soviet economic campaign of selling museum values ​​abroad, some of the most valuable works of European and Asian art were seized from the museum. However, not everything was truly sold abroad. Thus, the unique Khanenkos’ bronze aquamanile on the form of zeby, created in Iran in 1206, appeared later in the collection of the State Hermitage in Leningrad (Russian Federation).

In the second half of the 1930s, the “Museum town” on the territory of the Kyiv Pechersk Lavra conveyed to the museum a few valuable collections of cult art. In 1936 a collection of religious art objects from Central Asia and the Far East were transferred. In 1940 four earliest Byzantine encaustic icons of the 6-7th century became part of the museum holdings.

In the summer of 1941, with the outbreak of war on the territory of the Soviet Union, the most valuable part of the museum collection was evacuated to Ufa (Bashkotorstan). From the remained part the Nazis selected the most valuable works that were taken out of Ukraine during their 1943 retreat. Today, the museum is working hard to find and reclaim looted property.

During the post-war period the museum collection was enriched with several valuable acquisitions. In the 1950s, Taisia ​​Zhaspar donated (and partly sold) over 350 works of classical Chinese painting, sculpture and applied art to the museum. In 1969, the museum purchased 41 works of religious art of Buddhism from the Moscow collector Valerian Velichko. During the 1970s, the museum systematically formed a collection of Japanese netsuke (now about selected 70 items). Gifts from donators Halyna Shcherbak, Vasyli Novytsky, Olexandr Feldman made in 1990s and 2000s, became valuable contributions to the museum’s Asian collection. 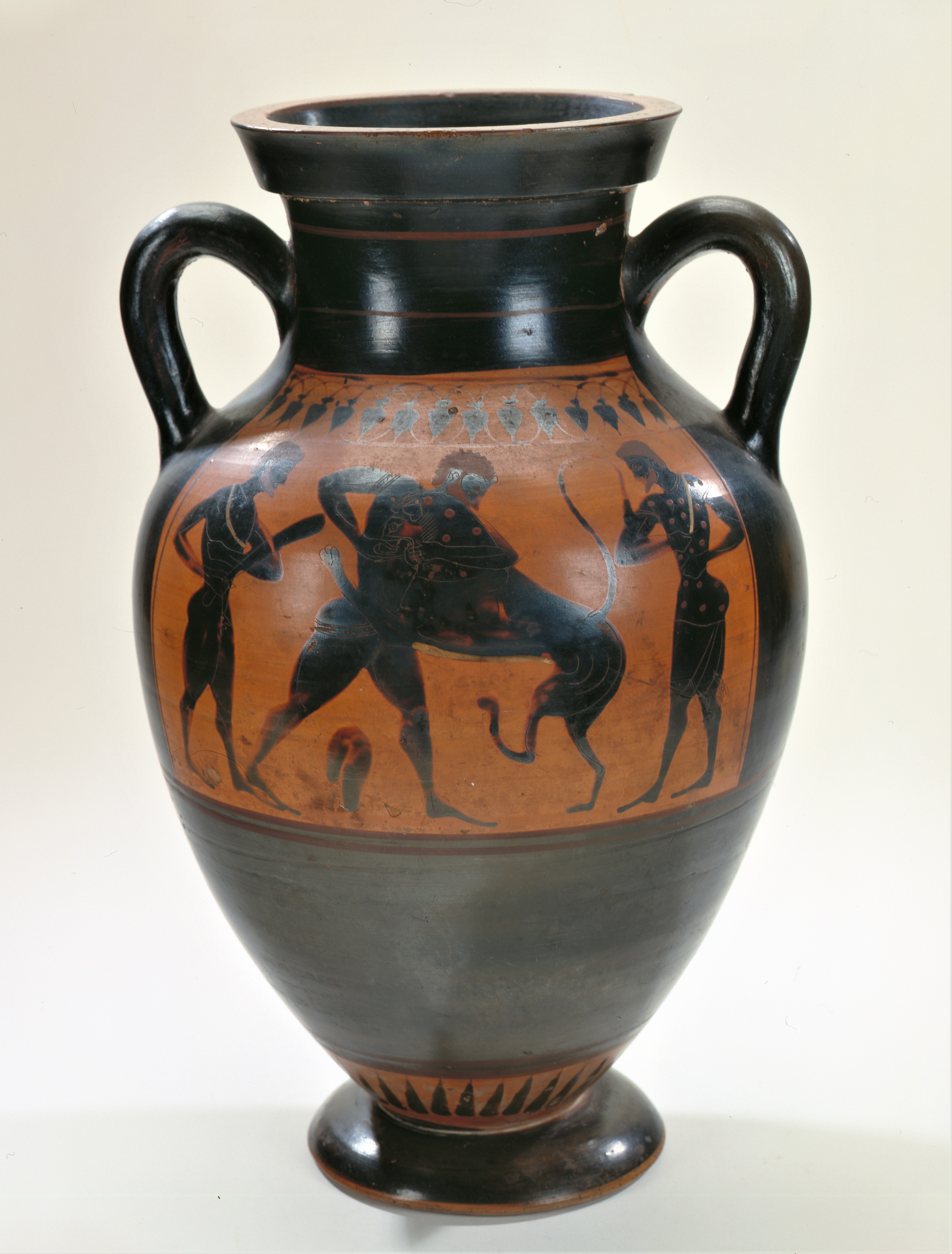 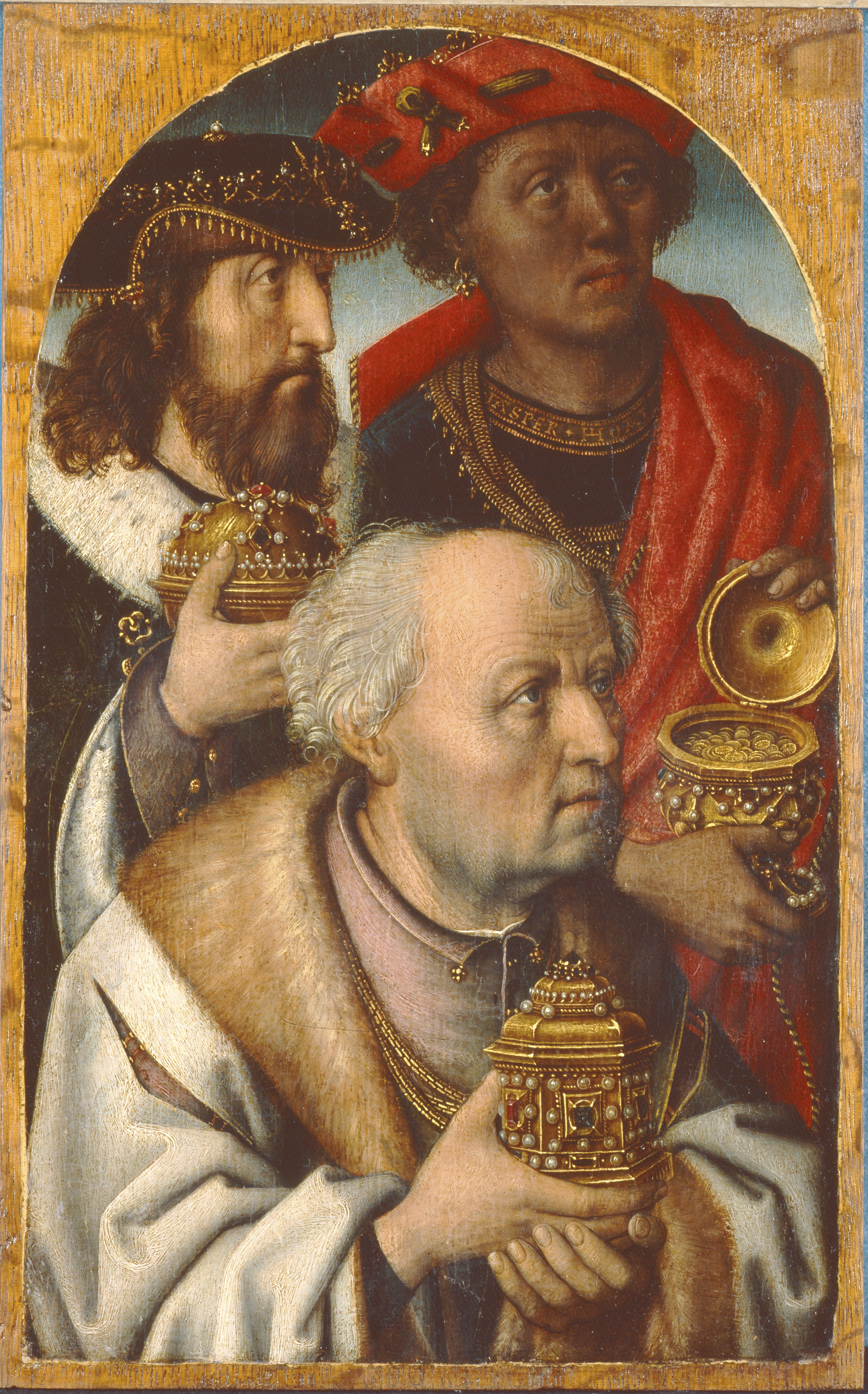 Adoration of the Magi. Left part of the diptych. The Netherlands, late 15th century. From the Khanenkos’ collection. 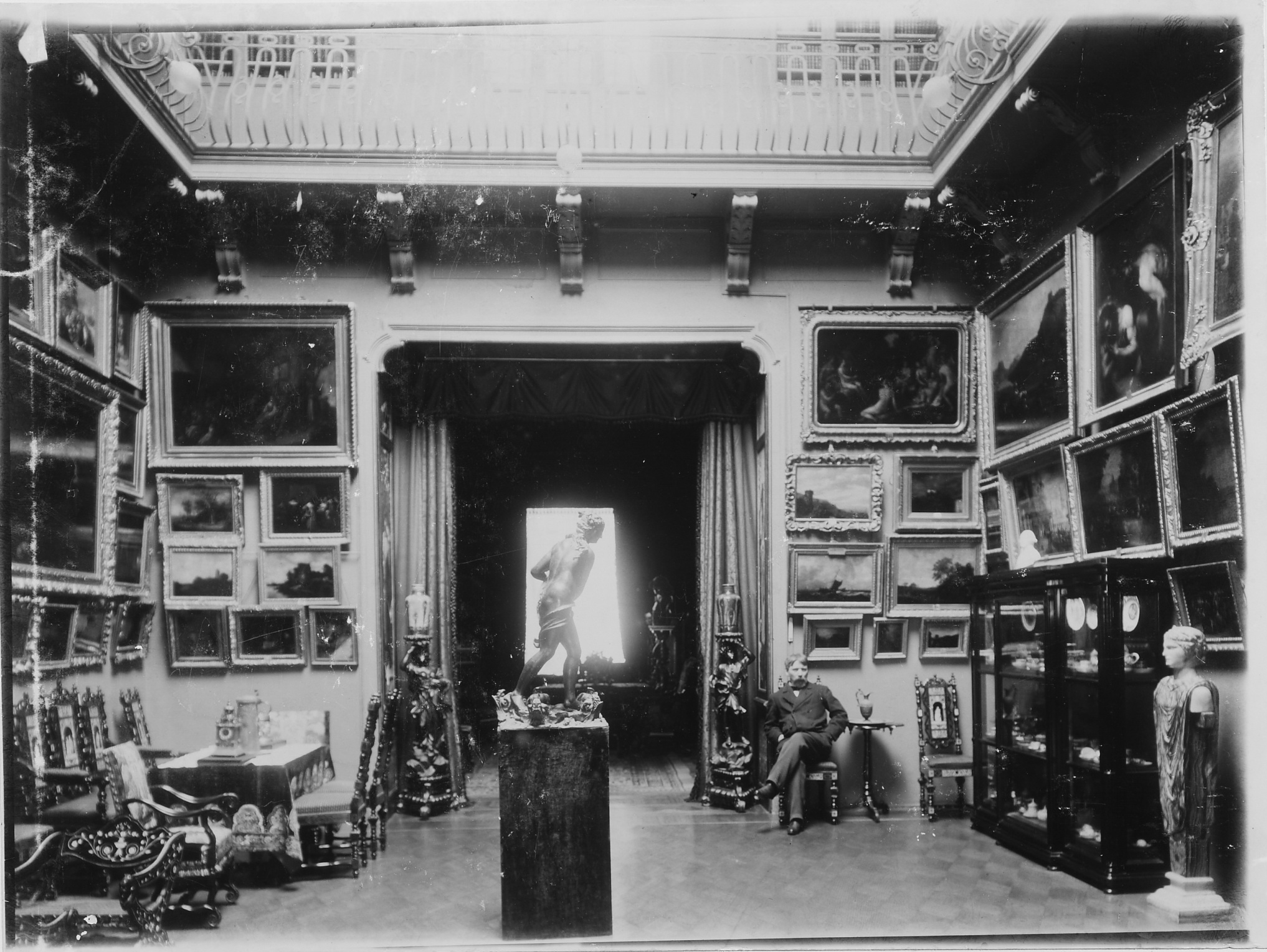 Bohdan Khanenko sitting in Galeria hall of his mansion. Photo of the early 20th century. From the museum’s archive. 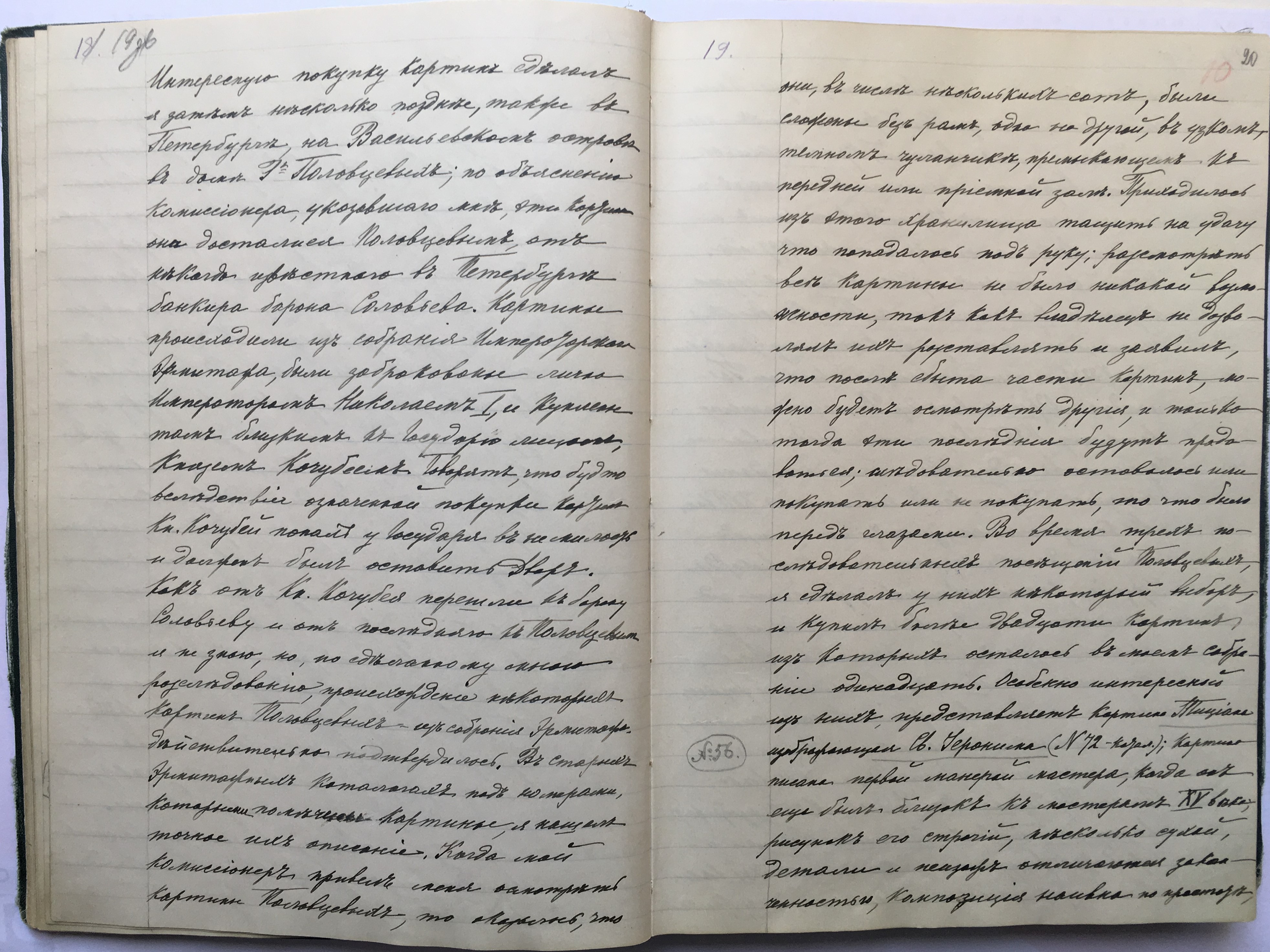 Memories of Bohdan Khanenko about the history of the collection. Page or the manuscript by Varvara Khanenko. From the museum’s archive. 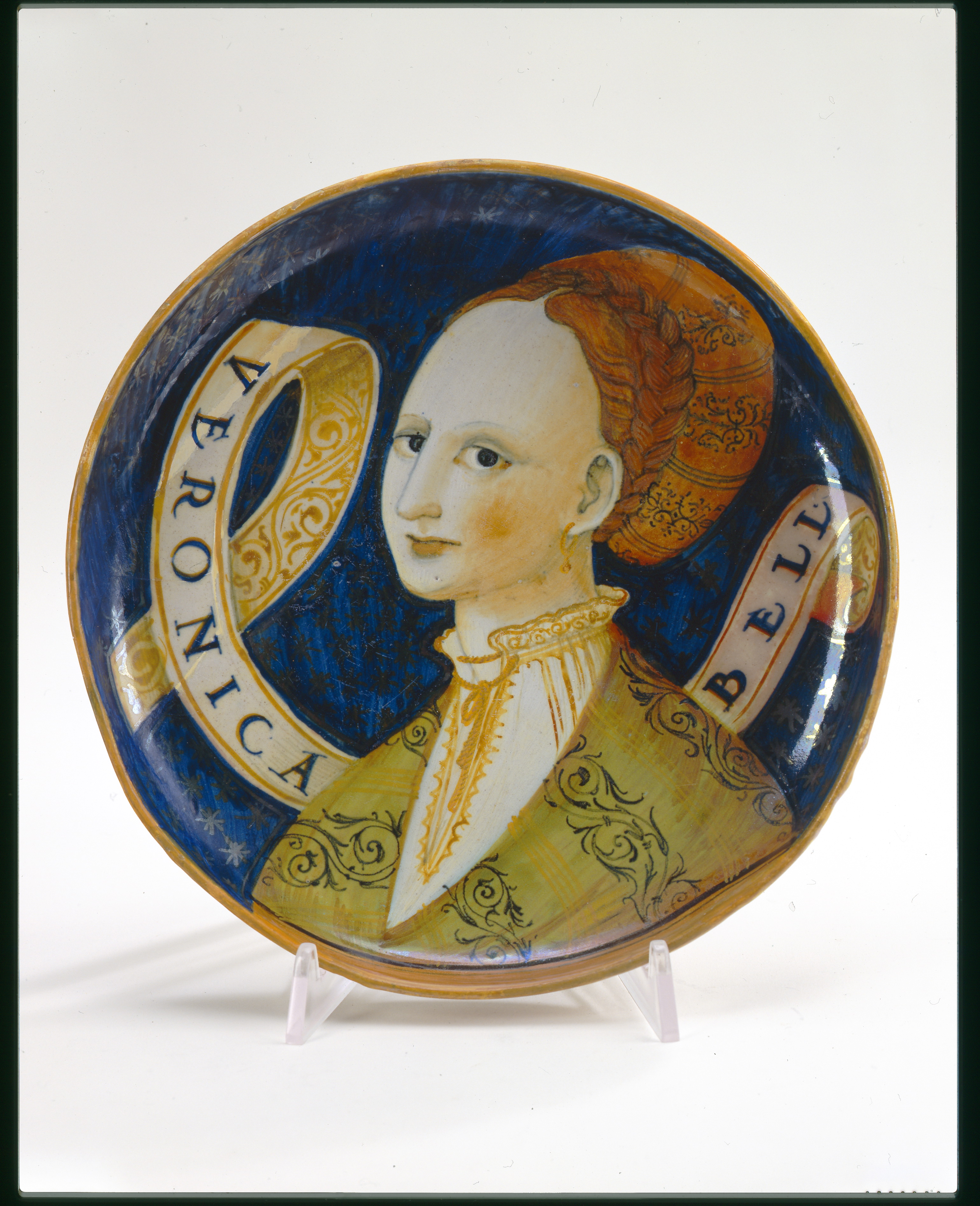 Plate “Veronica Bella”. Italy, Castel-Durante, first half of the 16th century. From the Khanenkos’ collection. 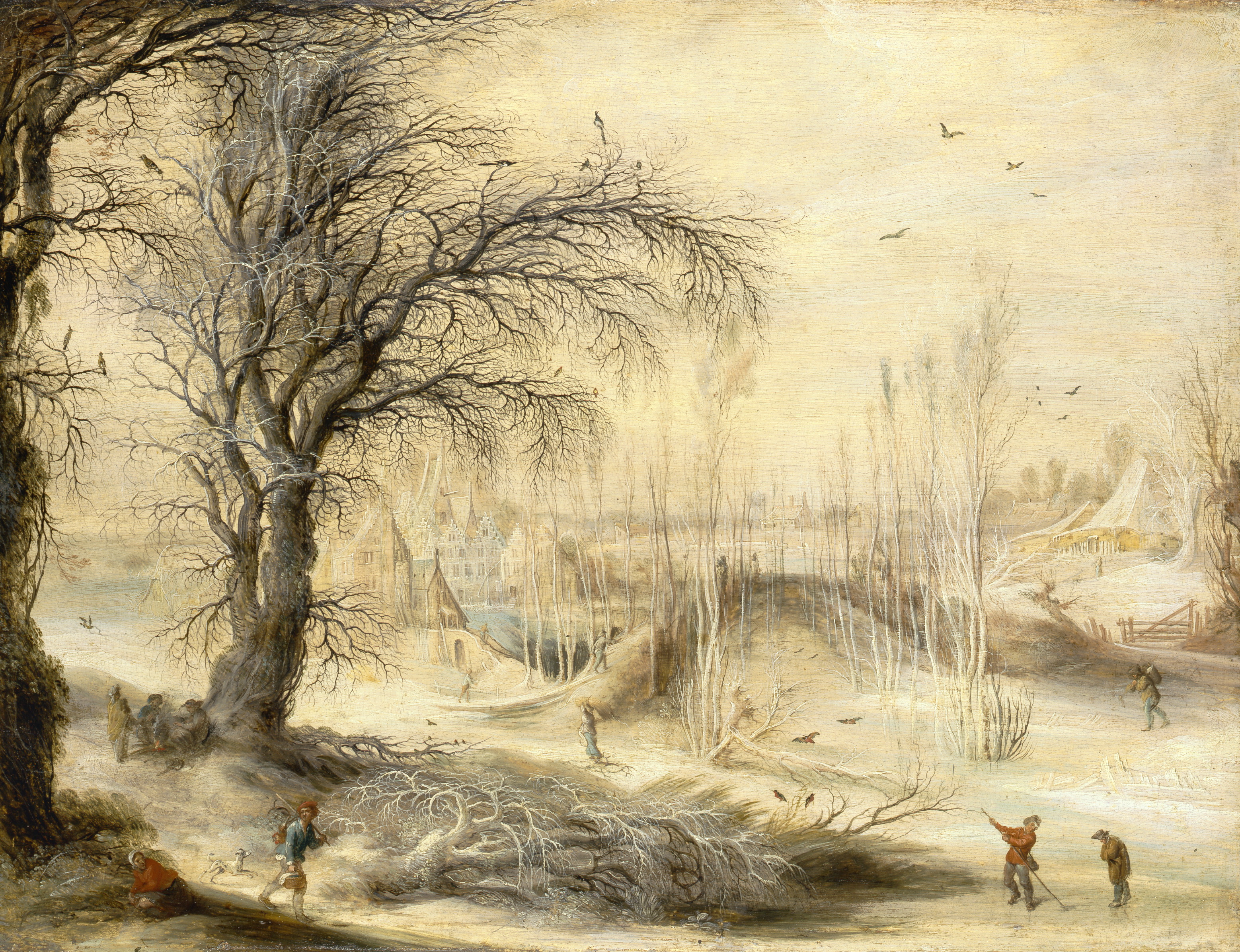 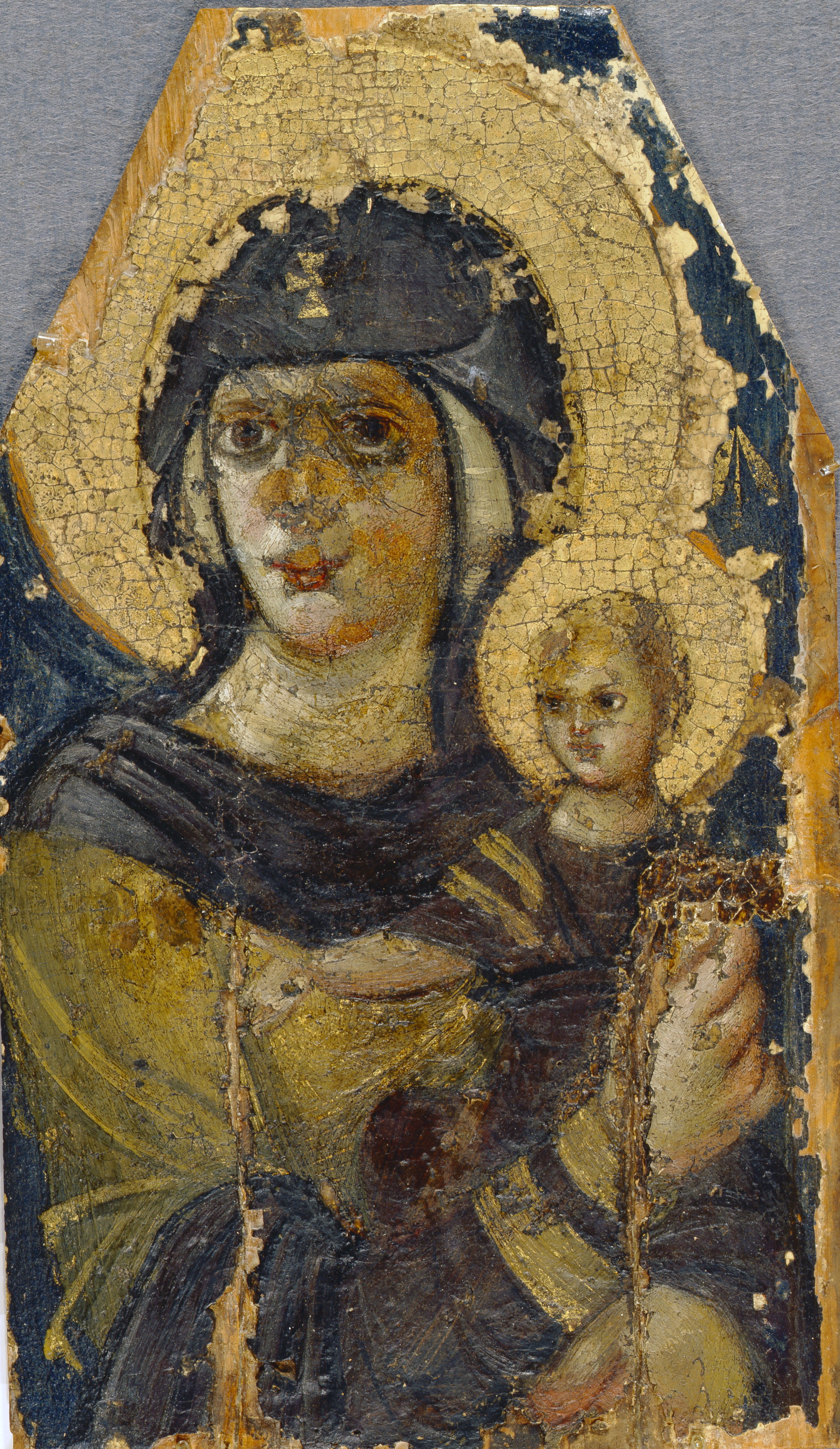 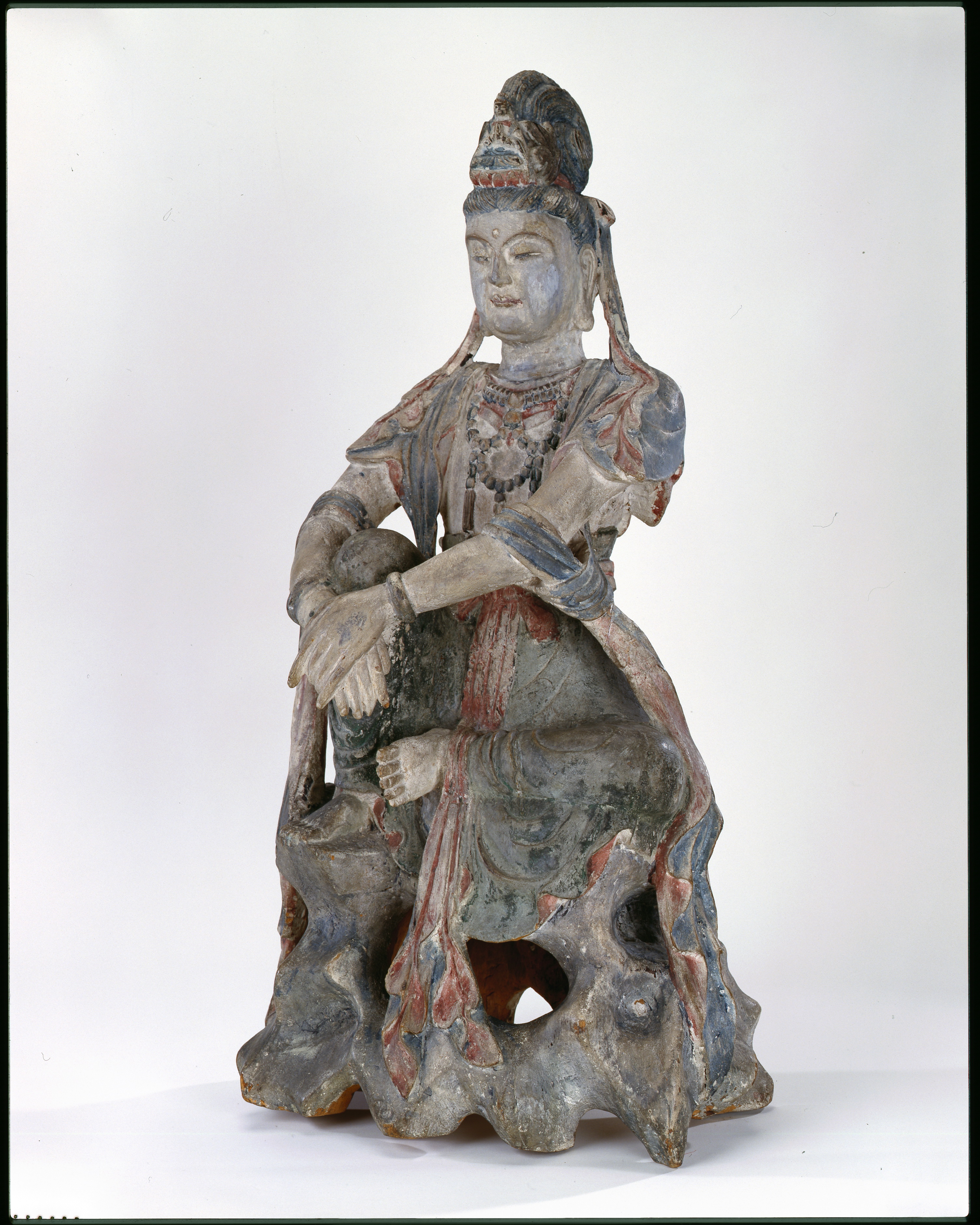 Guanyin, Buddhist deity of Grace. China, Ming period (1368-1644). From the collection of André and Taisia Zhaspar. 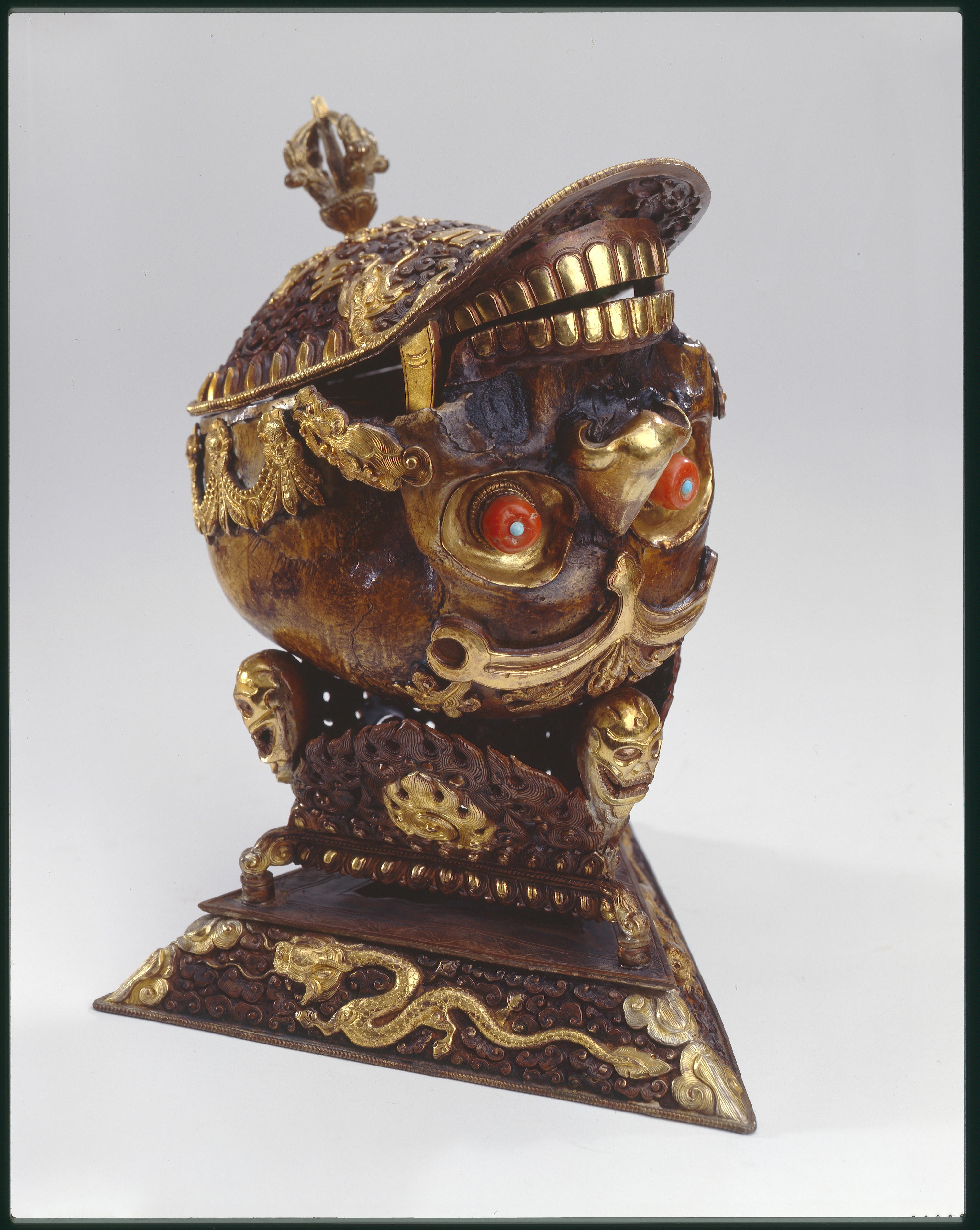 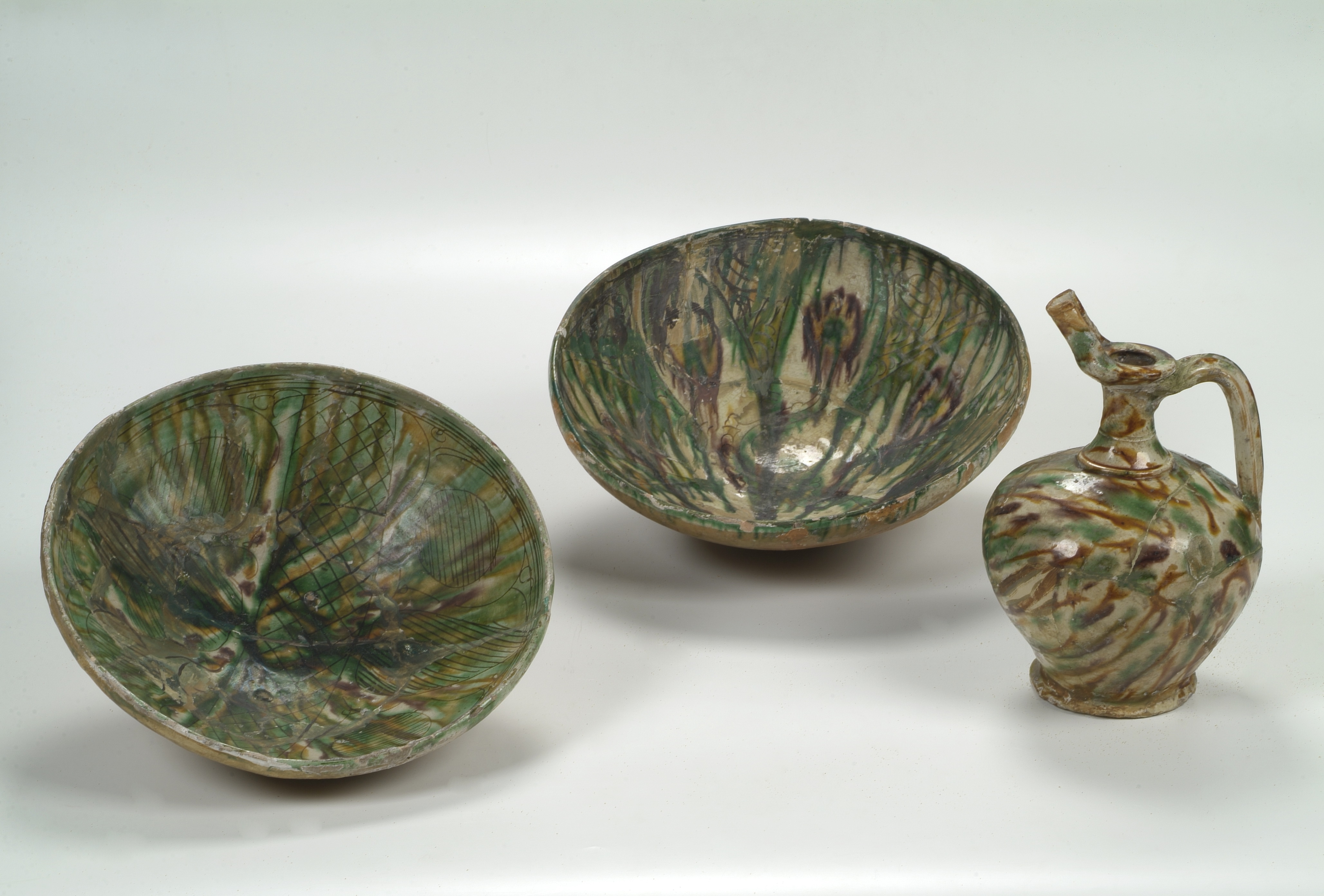 Earthenware from Samarqand. Samanid dynasty, 10th century. From the collection of Mikhail Stolyarov.